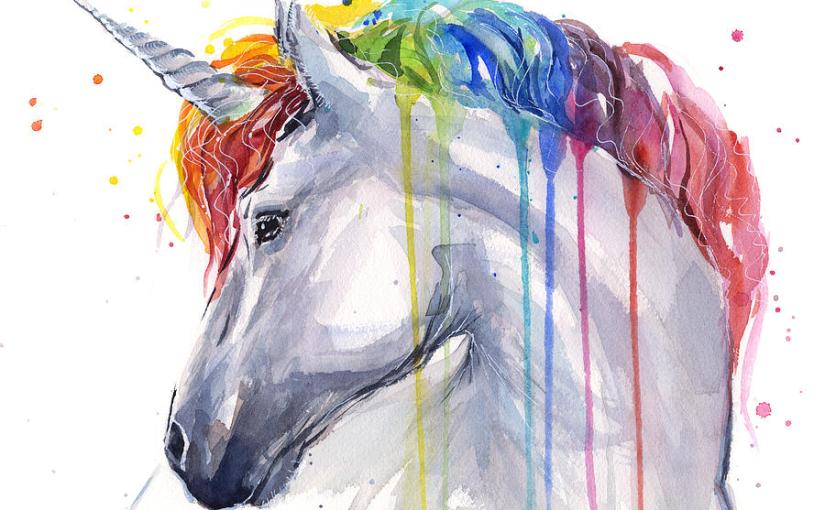 What do I think about? Is it love or my family?
Or is it a wonder trip and all-nighters?

I think of rainbow unicorns,
with soft wavy hair like my mother used to have,
and a horn that sharpens as a spiral,
much like my thoughts.
It has eyes like me father’s,
and crooked teeth that remind me,
of my sister.
It’s my family unicorn and it gallops in the sky.
I love them.
It’s not perfect, but it’s beautiful.
Also ironically, real.

I think of Christmas trees,
with a line of golden bells and colorful things
that hold within them,
stories of smiles and tears.
It is green and smells like a new day,
and looks exactly like what I drew it to be,
back in second grade.
I am a pirate and it’s my treasure box.
I love my memories.
It’s not perfect, but it has a star.
Also ironically, the star is from the sky.

I think of hearts on the corner of folded pages,
with red sketched inside of it,
a red that reminds me of my girlfriends stubbornness,
and how she blushes.
The paper is creased but the heart is still complete,
and it reminds me of a very old,
romanticized war.
It is my life’s ‘profile picture’ and I’ve liked it myself.
I love sketching.
It’s not artistic, but it is elegant.
Also ironically, three dimensional and inside my body. 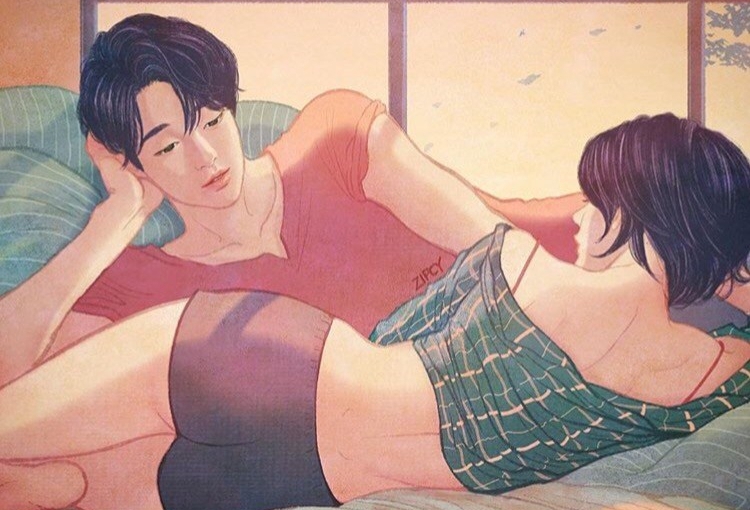 She felt the walls around her collapse, her eyes refused to dry, her lips could not stop quivering, and she was unable to move. So, she sat on the floor, her back against the bathroom door and cried as she read over and over the text her boyfriend’s sister had sent. She felt numb, and in pain at the same time. The tears wouldn’t stop, and she just could not gather enough strength to text back. This wasn’t possible. He wouldn’t leave her like this.

They had just spoken an hour ago. He had told her things that he had never said before, and one of those things was that he loved her. And it felt like he meant it. She had believed him and so she had spent the time after, just smiling and thinking of him. The days ahead seemed to be happy, because she thought he would be with her. Now, everything was dark. She did not know what she would do when she could move, and she did not know if she would move. Her heart was beating but she didn’t feel alive.

She closed her eyes and saw him standing near the elevator, a smile on his lips on the day she had first seen him. He was looking at her and had no intention of keeping it a secret. She remembered him walking up to her and telling her that she was beautiful. He made it sound like something she could believe in. And so that day, when she stood in front of the mirror and looked at herself, she saw that she was. It was a new feeling, and it made her feel warm and loved.

She opened her eyes as the image of his smile burned through the tears, and made the pain unbearable. She read the text again. Was this really it? She knew she would not love any other guy the way she had loved him. She heard his voice, a low whisper of the past, telling her he loved her too. And that made it possible for her to get up. She had to see him. She somehow stood up, and saw the mess she had become in the mirror above the sink. Her eyes wet with black mascara smeared around it.

She started the tap, and water gushed out which she cleaned her face with. Tears still fell as she washed her face. And so she gave up. She closed the tap, and fumbled to open the door. Her hands were shivering, and her veins felt like ice was flowing through them. She put on a jacket even though it was sunny outside. As she walked out, she read the message one last time before she put the phone in her pockets and turned the cold knob on the main door. She knew he had cancer, but no.

She’s okay. She survived. But her old-self did not. She has a smile that doesn’t reach her eyes, and words that mean nothing. She keeps everyone who loves her at a ‘safe distance’. She is still fighting in a war that had been lost months ago.

“That’s the trouble with humans; we never see when the war has ended.” – Erin Van Vuren 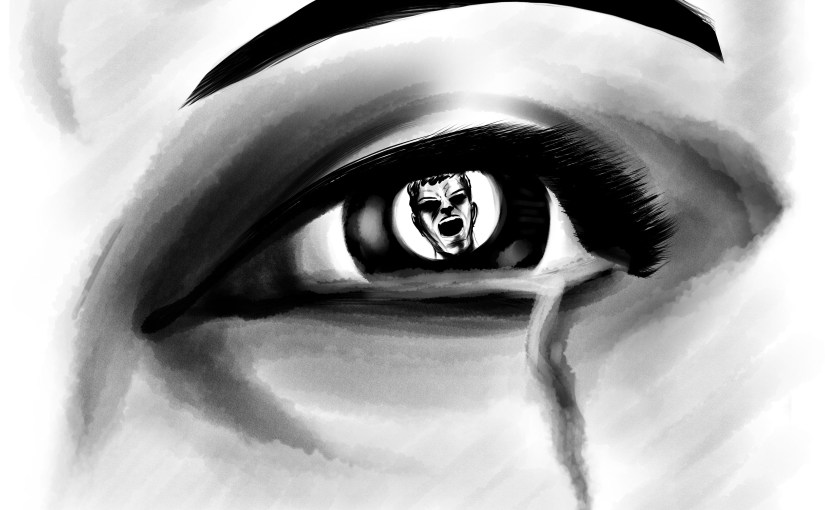 The number in the first two statistics are true and have been taken from here and here. This is here to spread awareness, and not to degrade or leave out men. Smile everyone! Also, leave a comment telling about what problems any one of you have faced.

One in every six women has been sexually assaulted,
and accused of “asking for it”,
or facing it because men,
(being the beasts that they can sometimes be),
cannot control their desires and should not be blamed for it.

One in every four women has been denied opportunities,
of climbing the gold-coated staircase.
The staircase of power and creative possibilities,
has been reserved for men,
(and at times women who agree to sleep with them).

One in every two women has a horror story,
to tell that will send shivers up your very existence,
for the story monsters are human beings
with pride horns and intentions like a sharp crooked teeth,
and darkness that doesn’t go away with a switch.

One in every one woman has given her all,
so that mankind can be kind,
and the world can be truly called a beautiful place. 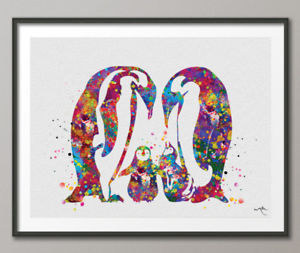 So every once in a while, I write something about my life in order to tell you what makes me an infinity, and to hear about what makes you an infinity. Tell me about your family!

“Ohana means family. Family means no one gets left behind or forgotten.” – Lilo and Stich

When god made man, or whosoever did, the man asked for someone who’d always be on his side. That’s when god (or whosoever) made more men and women, and called it a family. My family is a little bizarre, as probably all of ours are. Some of my best memories with my father, my mother and my sister are these. Here is a small and brief glimpse into my family.

You don’t get to choose your family, but I am glad to have the family that I have. Maybe someday I’ll talk about how crazy they are. Until then. 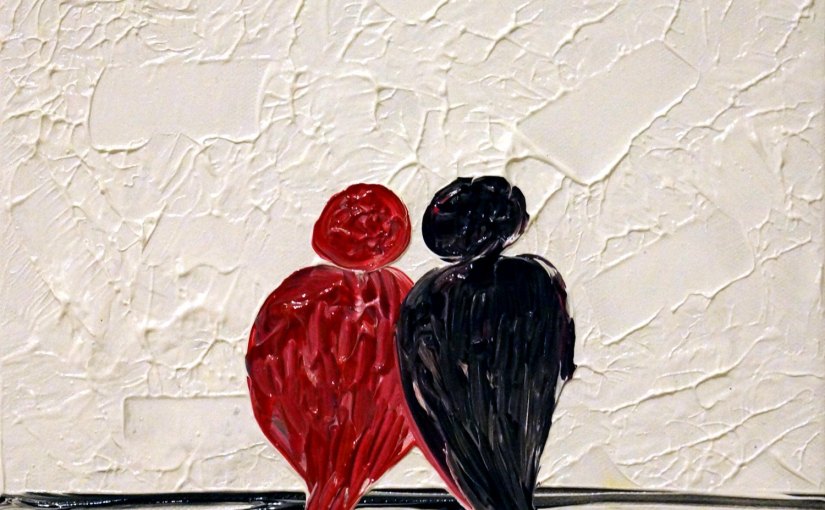 This is probably the shortest poem I’ve written so far, but I really liked the concept and wanted to do it. I hope you enjoy this and share it!

Here is a list of things she smelled of:

Empty vodka bottles.
Terraces and stars.
Neck kisses.
Smeared mascara.
The color of sunlight after it hits a bottle of whiskey.
Life.

A dragon-slayer.
A smile despite a tiring day.
A favorite song on repeat.
My auto-correct.
Human and alive.
Home..
Mine.