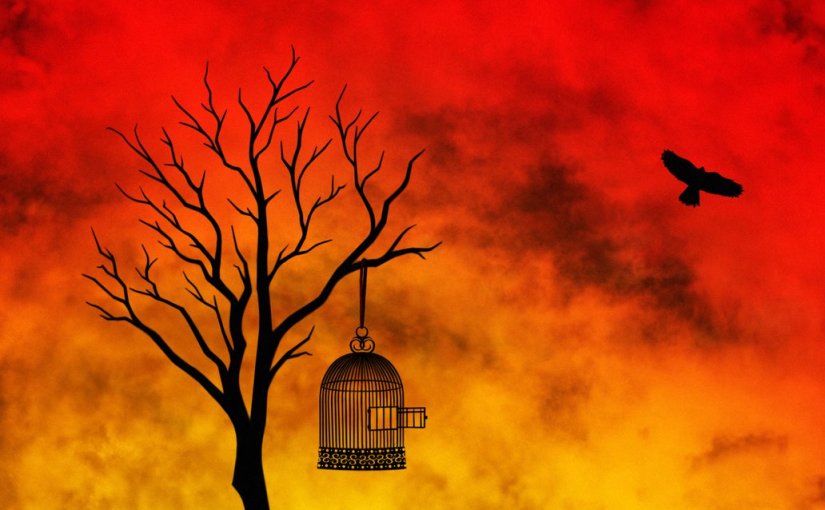 I want to break free.

She walked with him on the beach.They rarely meet and this is one such rare day. She withheld her craving to hold his hand. It was a public place and they could not be seen like this. Just them together would bring up questions, unwanted questions… forget holding hands.
They have known each other for years, decades even. What started out as friendship became close friends and then something that shouldn’t have happened did happen just like that. By then he was married with two children and she was separated. Why did they cross that line when they did? He just claimed that he wanted to make her happy. She took that as a valid answer and left it at that. When you are best friends with someone you love and respect them, a lot of their flaws are pushed behind. Probably that is what she did too.
Why do we do the things we do? Nobody knows. There are reasons which are very valid, but others do not see it. Only we know and the reason however flimsy it might seem to others is very valid for us, at least at that moment.
As I said, they met rarely, maybe once in a few years. She still remembers meeting him for the first time. He sat across the room from her. Her eyes darted to him every few seconds as she was talking to the others but neither of them made an effort to talk to each other and not even the next time they met. Once they started talking though they spoke and spoke, sometimes all night long. They thanked Graham Bell for his invention which brought them so close together even though they were hundreds of miles apart. When you bare your heart and soul to someone, share all your secrets that nobody else knows then I guess the wall breaks. The wall here broke too.
The initial stage was fascinating, but it started to wear off soon. The topic now came back to sex irrespective of where it started and it starts to get boring beyond a point. Especially if you are used to discussing a whole lot of things about every single thing in the world. They also slowly they started feeling guilty. That was bound to happen too. She didn’t know how to articulate her feelings. He would show his guilt by avoiding her completely and give her no rhyme or reason for doing so. They were playing emotional hide and seek, only, in this case, he would hide away and then seek her when he wanted to. There would be phases of silences which would kill her. Anything she tried to break his wall would end up as a failure. She would go mad and then when she just gave up everything and started building her wall up again, this time only higher, he would come knocking again and break all her defenses.
Today she has been fighting with her own thoughts though. Something told her that she had to stop. She had started recognizing things that she hadn’t done before. She was sick and tired of the patriarchy. She could call him only when he wanted to talk to her yet he wanted her full attention when he spoke to her. She got replies to her messages only when he felt like talking to her. Even if she wanted to go back to just being good friends he said once the line was crossed it was difficult to go back. He told her how women could never get out of an affair because they have nothing else to do and their mind was not busy they kept thinking of the same thing over and over again. Today she had to decide.
He asked her if she wanted to cuddle up with him somewhere quiet. Amazingly she stopped walking, turned around to look at him in the eye and said “I don’t want to do it. Not now, not ever. I don’t want you to feel guilty and surely not because of me.” She had a wide grin, She was happy she could say it finally and felt so free just saying it. She looked at her watch and said “Time for my flight pal, have to head to the airport. bye” and walked away leaving him in the sunset. She felt happy to have had the courage to break the relationship which till now she thought was her lifeline.
Till now she had trusted him and he had let her down many times by not being there when she wanted, while she has ignored his faults and dropped everything to be with him when he wanted her. But today was the day to break free, to make that change forever.
Sometimes we do things which appear as though they do not have a reason, but there is a reason, a very valid reason. We get inner peace when we don’t let others control what we do anymore.
– Shyamala Sathiaseelan