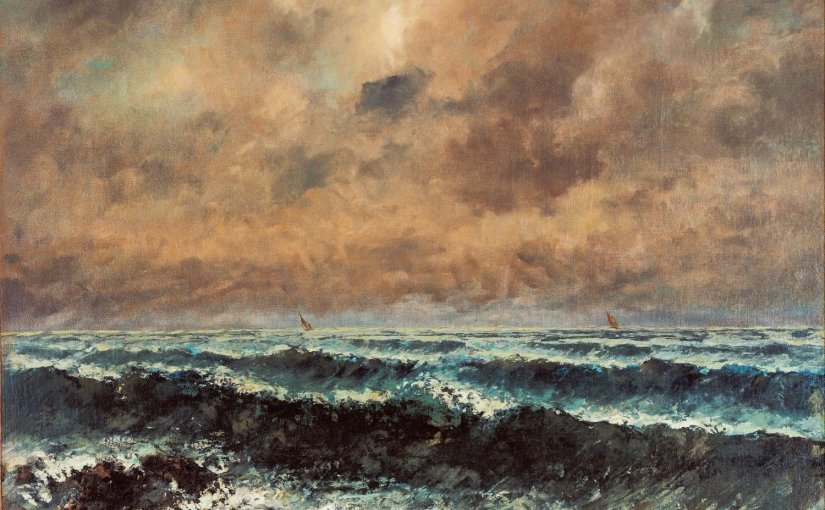 I tried very hard to make this not so crazy. Tell me if it worked? Comment down below and let me know if you liked it, if there should’ve been any changes, or anything else. If you really really like it, share it with people.

“When I was seven, my father and I went on a little trip to a city close by for five days. A mini-vacation to Bologna filled with questions and games. On the fourth day, when we were both tired of the games, I decided to ask him all kinds of questions. There were questions about Shakespeare and Frost, about Pizza and cheese, about answers I’d never gotten in my bedtime stories, and about mom. When I asked him why mom wasn’t with us anymore, he answered it with a sentence that shaped my life enough that I ended up here.”

The poet started longingly ahead as if paintings of that night in Bologna would appear in the blue of the sea. The waves kept rising high to wash the metaphors away. He spoke to the sea about everything. In a way, the sea was his therapist.

“My father told me then that pain isn’t about love, it’s about people. I believed him. I asked him to tell me stories of my mom and that’s when he told me that their favorite place was the beach in Venice. They would talk to you when they were young the same way I am talking to you today. My dad believed that you heard every story ever told to you. He told me the sea felt love and pain. ‘Dilruba Samandar, the fascinating sea’. What I didn’t notice was that he had shifted the subject away from my mother.

“I decided that night that I wouldn’t fall in love with someone and that way, I would be happy forever. It made sense. Pain isn’t about love, it’s about people. The thing is, everybody needs something to love to stay happy. People, pets, places. Something. So, I fell in love with my city and I spent ten years in my bubble of forever. I still remember every corner of my city. I remember the cracks in the walls of my classrooms, the alley that was shaped like a snake, that park with grass that never turned green. I loved it all.”

The poet stood up and walked deeper into the sea. By the time he was knee-deep, his tears had started falling onto the sea. It drizzled beautifully that day.

“One day last year, my father decided we couldn’t live there anymore. We shifted to this place. Edinburgh. I wanted to stay back but my dad had symptoms of Alzheimer’s and he needed me and I had to choose between him and home. I spent all of last year crying for both. On some days, I would be jealous of the people who lived there. On others, I felt like drowning the whole city for not stopping me.

“He died yesterday during an operation. Before he went in, he asked me why mom wasn’t with us. I told him that she’d left. He somehow remembered and quoted his line from Bologna – ‘Pain isn’t about love, it’s about people’. I wanted to correct him, let him know that pain was about love, but I did not. He needed something to believe in.”

The poet held some water in his hands. “Are you listening?”

A tsunami hit the shores of home the next day and the sea drowned so much.

If you’re wondering how Dirruba Samandar is pronounced, maybe these links will help. (Dilruba) (Samandar)